We have your back.

Chapter8's Squadron operators are drawn from the highest levels of the security industry, and have been tasked with protecting the digital security of nation states. Our combination of backgrounds is unique and covers not only military and industrial state interests but also physical and digital security. In one, highly vetted, close team that fully trust eachother’s skillsets. Every member of our team has been tested under pressure, and with the security of national-level resources on their shoulders. 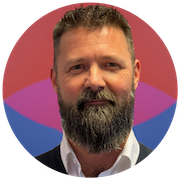 Pepijn brings more than twenty years of experience to the table when it comes to leading Dutch organizations in the field of digital security. He started as forensic investigator, ethical hacker, security consultant and teacher. To make society more secure on a larger scale, he traded the commercial field for the national government, he graduated as a criminologist (MSc), led investigations into various forms of cyber crime, and supervised several successful national public-private partnerships.


Pepijn is a much sought-after speaker, who firmly believes in the power of cooperation and feels just as at home in a boardroom as behind the console. 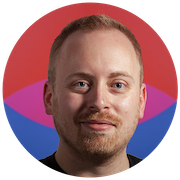 Jan Willem's passion for cyber security started more than seventeen years ago. In the years that followed, he expanded his cyber security knowledge by actively developing software and guiding companies in detecting data leaks. By specializing in the field of DevSecOps while working as a member of an elite cyber security team, he has contributed to the digital protection of Dutch national security.


From 2015, Jan Willem quickly expanded his area of expertise to red teaming as the coordinator of this elite cyber security team. 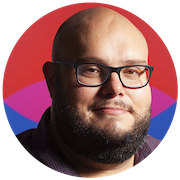 Bert has well over a decade of experience defending top government and industry networks. Starting as a SOC analyst, his passion for cyber security grew and led him down several interesting paths at among others the National Cyber Security Center and the Ministry of Defense. During that time, he expanded his knowledge of blue teaming with computer forensics and ethical hacking.


He is a firm believer that a blue team member needs to think like an attacker to efficiently defend against and hunt for threats.

Let's set up a meeting so that we can talk about your security.

Want to make a bet?

Everyday, CTOs roll the dice that their security infrastructure is not exposing priceless data, secrets, and resources. Chapter8 tips the odds in your favor, and help you protect your most valuable assets.